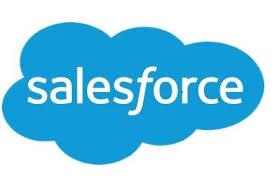 This was an online round having 3 questions which are based on based on binary search, connected components in a graph and priority queues.

Students who solved all three questions were selected for the interview round. 12 students including me got shortlisted for further rounds.

The interviewer asked my name and  simply started with the question.

1) Given a tree each node of the tree containing a character of English alphabet. Print all the vowels at the subtree of each node.

I asked her if the tree was in the form of adjacency list. She answered yes. The question was easy I first explained my approach to her using DFS. She asked me to write the code. I wrote the code. Then she asked me to explain it. I walked through the code and also dry runned it with a test case. She gave me some corner cases also.

2) Find the position of an element in a given rotated sorted array.

In this round the interviewer saw my resume and discussed briefly about some of the projects. Then, he asked me a question related to file transfer – Given a very large file how would you transfer the file from one place to another in an optimum way. The question was abstract and was more of a discussion rather than a perfect answer. The interviewer gave hints. You need to catch them quickly. Another question was related to types of memory  (Computer Organisation). He asked me to design the classes and their relationship among themselves for a system of lift.

After the interview I was not sure whether I will be able to make it to the next round. But it turned out I was called for the final HR round.

1. Firstly, the interviewer asked me to introduce myself first. He then saw my resume. Since there were 5-6 projects there, he asked me to briefly describe all of them. He asked which of them was a team project and my contribution as a team member. He then asked whether there was any project which I have presented in some competition. I said yes and then he asked me about the structure of the presentation and how did I go about it.

2. He then asked me whether I was a part of some club in college. Rather than saying a clear no I told him about my interests and told him about the computer club of our college.

3. He then asked me a situational question : If you were a part of a struggling start up and your investor tells you to revise a scheme so that you generate revenue otherwise your funding will be hindered and suddenly your first hand client/customer walks in and tells you to modify a certain thing. Who would you cater to first.

Ans:- I would cater to my client/customer first as if only I keep my customer in priority and value him will I be able to ensure his commitment to my company which will eventually lead to greater revenue and so I can deal with my investors as well by showing them the better prospects of profits.

5. He asked me a about a situation in life when I felt absurd and how I dealt with it.

6. After he was done with this. He told me to ask some questions for me. After I asked some he told me that they were all easy questions and he wanted me to ask him something difficult. I asked him why Salesforce has lesser number of employees as compared to other CRMs and how does the company benefits by hiring less experienced interns.

That was it. It was the most lengthy HR round I had faced.

4 students including me got selected for the internship role at Salesforce.

Apart from focusing only on technical skills, working on your communication and presentation skills are also important.