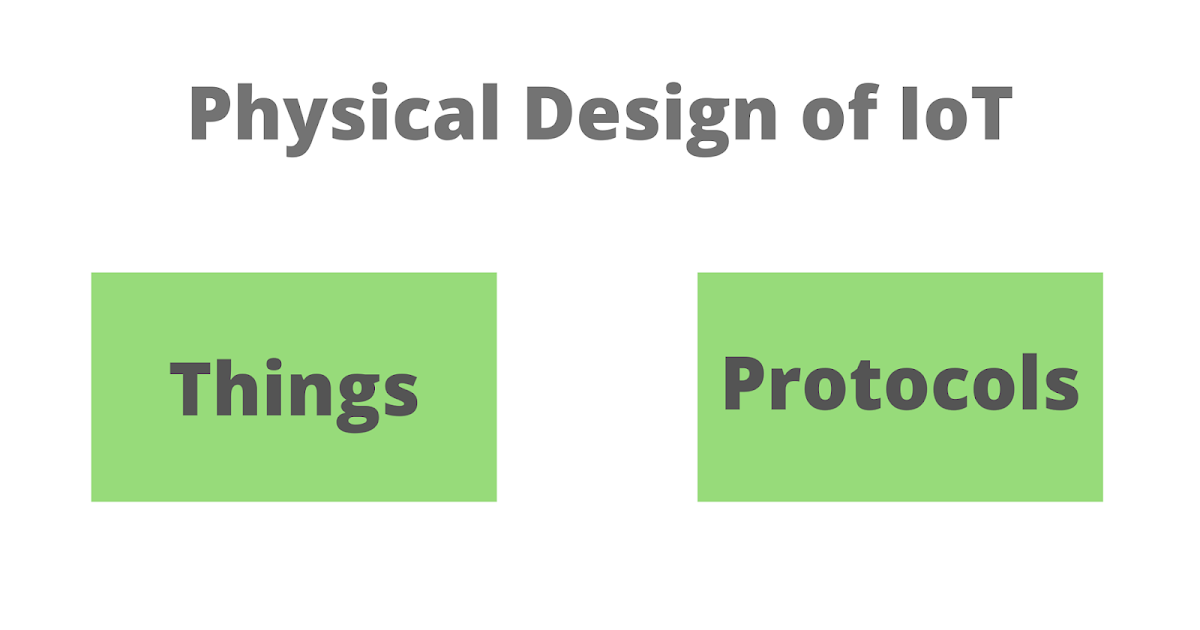 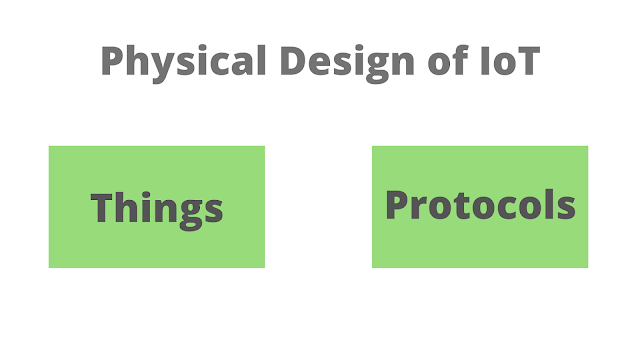 Things/Devices are used to build a connection, process data, provide interfaces, provide storage, and provide graphics interfaces in an IoT system. all these generate data in a form that can be analyzed by an analytical system and program to perform operations and used to improve the system.

for example temperature sensor that is used to analyze the temperature generates the data from a location and then determined by algorithms. 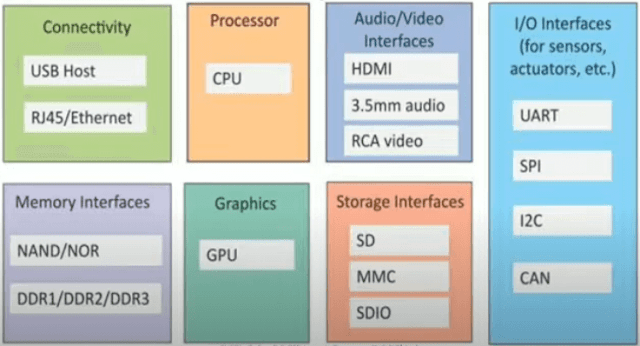 Devices like USB host and ETHERNET are used for connectivity between the devices and server.

A processor like a CPU and other units are used to process the data. these data are further used to improve the decision quality of an IoT system.

An interface like HDMI and RCA devices is used to record audio and videos in a system.

To giving input and output signals to sensors, and actuators we use things like UART, SPI, CAN, etc.

Things like SD, MMC, SDIO are used to store the data generated from an IoT device.

Other things like DDR, GPU are used to control the activity of an IoT system.

These protocols are used to establish communication between a node device and server over the internet. it helps to send commands to an IoT device and receive data from an IoT device over the internet. we use different types of protocols that present on both the server and client-side and these protocols are managed by network layers like application, transport, network, and link layer. 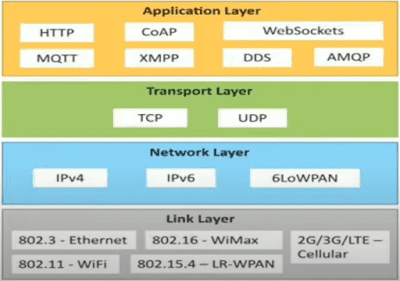 In this layer, protocols define how the data can be sent over the network with the lower layer protocols using the application interface. these protocols including HTTP, WebSocket, XMPP, MQTT, DDS, and AMQP protocols.

Hypertext transfer protocol is a protocol that presents in an application layer for transmitting media documents. it is used to communicate between web browsers and servers. it makes a request to a server and then waits till it receives a response and in between the request server does not keep any data between two requests.

This protocol enables two-way communication between a client and a host that can be run on an untrusted code in a controlled environment. this protocol is commonly used by web browsers.

It is a machine-to-machine connectivity protocol that was designed as a publish/subscribe messaging transport. and it is used for remote locations where a small code footprint is required.

This layer is used to control the flow of data segments and handle the error control. also, these layer protocols provide end-to-end message transfer capability independent of the underlying network.

The transmission control protocol is a protocol that defines how to establish and maintain a network that can exchange data in a proper manner using the internet protocol.

This layer is used to send datagrams from the source network to the destination network. we use IPv4 and IPv6 protocols as a host identification that transfers data in packets.

It is a successor of IPv4 that uses 128 bits for an IP address. it is developed by the IETF task force to deal with the long-anticipated problems.

Link-layer protocols are used to send data over the network’s physical layer. it also determines how the packets are coded and signaled by the devices.

It is a set of technologies and protocols that are used primarily in LANs. it defines the physical layer and the medium access control for wired ethernet networks.

It is a set of LAN protocols and specifies the set of media access control and physical layer protocols for implementing wireless local area networks.

Also read : Can I invest in Cryptocurrency?